When you think of Spain, i bet you think of sun, sea and sangria… am i right? Well you are not wrong but what if i told you that when i think of Spain i think of Snow, Slopes and Skiing. You might be thinking this guy has had a few too many sangria’s and he must be thinking of Northern Italy or the Swiss Alps. We you might be surprised to find out that Spain is home to some of Europe’s best  resorts, with a variety of slopes to choose from thought out this fantastic country. There are many different areas of Spain that are home to some amazing ski and winter resorts and i want to tell you about my favorite two locations. 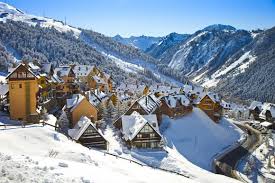 Situated in the heart of the Pyrenees, Baqueira Beret is widely considered to be Spain’s number 1 winter destination and is regularly visited by the Spanish royal family.

The main resort, Baqueira, has been purpose-built with ease of access to majestic slopes. Also, this area is known for its traditional culture with a number of enchanting villages located around the valley.

Located at the highest art of the Aran Valley, it has long and wide ski runs, some running through trees and vegetation. Divided into 3 zones, Baqueria, Beret and Bonaiqua. Due to its location on the northern side of the Pyreness the resort and with the climate that the near by Atlantic creates, the resort has a great snow record through the winter months.

The resort was founded approximately 60 years ago, a group of people lead by Jorge Jordana Pozas, Jesus Serra Santamans and Luis Arias founded the ski resort in the are of Naut Aran due to the amazing snow conditions found there. 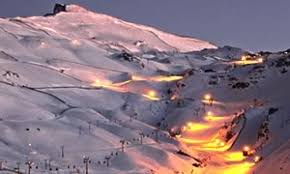 The impressive Sierra Nevada with an altitude of 2100m is located in the south of Spain in the Penibéticp Mountain Range, close to the historical city of Granada.  the ski resort has 6 different areas named Veleta, Laguna de la Yeguas, Borregiles, Loma Dílar, Parador and Río.

The vast ski resort has a combined 103 pistes over 94,8km which include 16 green, 35 blue, 43 red and 9 black slopes for you to test your skills. The season on Sierra Nevada lasts from December to April.

Sierra Nevada is the 3rd highest peak on the peninsular of Spain and the most southerly ski resort of Europe. The resort hosted the FIS Alpine World Ski Championships in 1996 and occasionally hosts World cup races. In 2017 it was home to the FIS Freestyle Ski and Snowboarding World Championships.

At the foot of the slopes there is the picturesque resort village of Prodollano. Home to large number of shops, equipment rental premises, souvenir shops, ski schools and resturants it is a great base to begin your ski journey.

A stunning resort located in the Aragon Pyrenees, Formigal offers 137km of pistes over 90 runs. Its north- and west-facing slopes give it a good snow record and its location within driving distance of a number of cities in the northwest of Spain and southeast of France drives its popularity. Formigal has snow gardens and facilities for younger skiers, and hosted the 2008 Alpine Junior World Ski Championships

Less than two hours by car from the sun baked beaches of Barcelona, this is a busy, bustling resort steeped in history. The home of Spain’s first ski-lift and ski-school, it now offers top facilities built to host the 2011 Snowboarding World Championships: 61km of pistes divided into 54 runs, a park for beginners and the biggest half-pipe in the Pyrenees.
So why not come over to Spain and experience fabulous activities all year round and not just sunning yourself in the summer months. Try a new activity and take in the picturesque landscapes that this great country has to offer.

You need to log in to use member only features.